Just back from the plot and yes it’s happening. Here are the pictures of all the action.

The new pipe feeding into the ground at the entrance to the plots.

The Ditch Witch pulling the pipe through the ground.

The pipe pulling through the ground. Seb flattening the soil over the pipe. Deciding how best to take the pipe into the community hut.

It’s quite a process to watch and I think we are all surprised at how speedy it is to lay the pipe and how little damage it has caused to the central path.

Next stage connecting the pipe to the butts.

So I said at the end of this post that I was off to the allotment to take pictures of our new water system being installed and would report back. I didn’t because there was nothing happening, same again Thursday and Friday. Today, however, this has appeared. 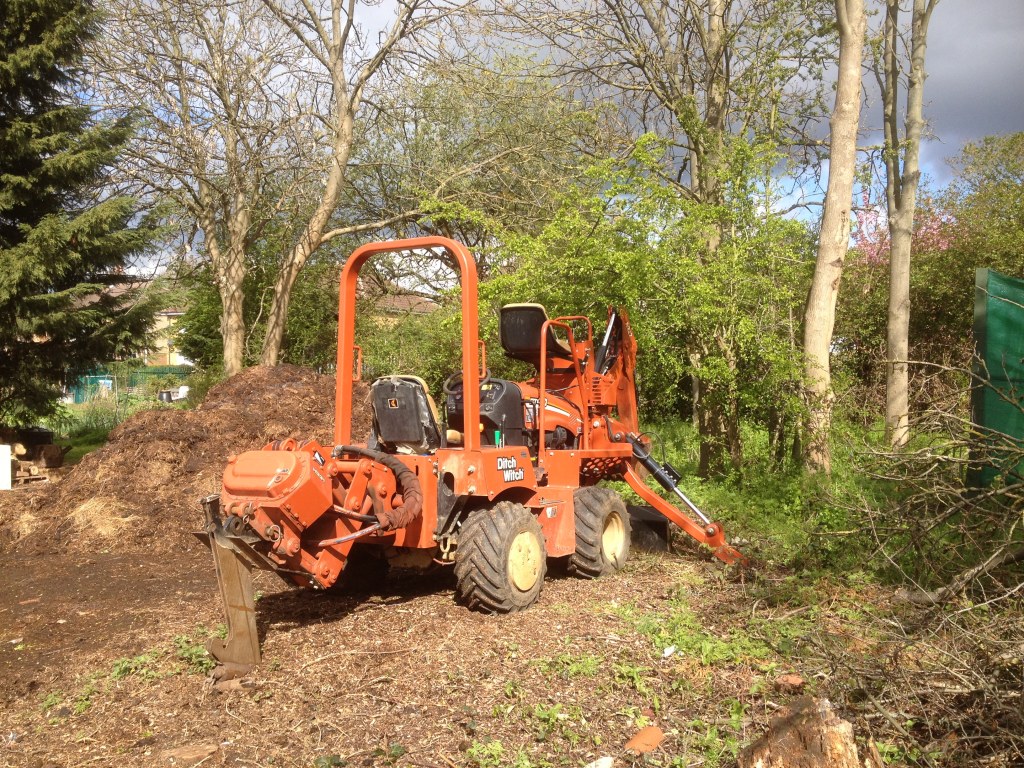 So I’m guessing this means work will now start on Monday. Needless to say we are all excited even though after all the showers this week the butts are full to the point overflowing. Water is always a hot topic on the site. Too much rain, two weeks last May, or too little, the remaining fifty weeks of the year, with heavy clay soil either results in flooded plots or beds as hard as a brick. 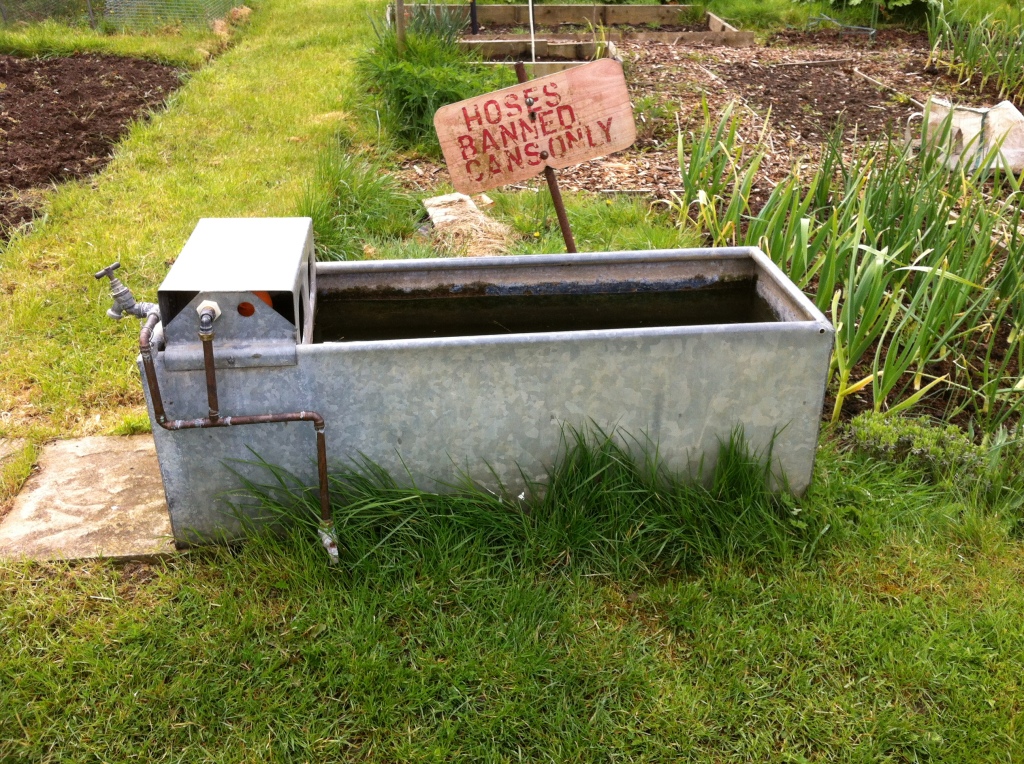 We are lucky enough to be able to supplement this and the many and various water butts with a metered supply of mains water available from the last hard frost to the first which feeds through a 12mm pipe into ten dip tanks. The system is painstakingly coaxed into life and maintained by plot holder Andy and Bob, one of our site wardens. Inevitably though after years of heavy use from the fifty or so plots on site it has started to show signs of wear and tear with some of the narrow pipes, which run underground, distorting.

Today, however, we are all change and are, during what must be the wettest week of the year, having a new system installed. So this morning I am trundling off to take photographs and will report back later in the day.